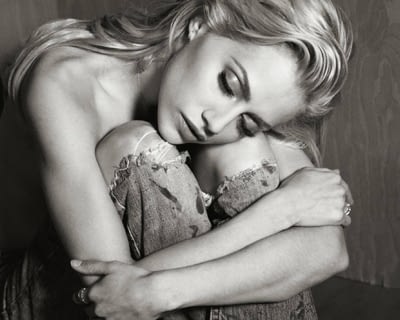 We all know mold is a serious health hazard. Exposure can produce symptoms including extreme fatigue, eye irritation, nausea, coughing, rashes and headaches. But before we get to the tragic case of former movie star Brittany Murphy, we need to know: in severe cases, can mold cause death?

You bet. Malcolm Richardson, professor of medical mycology (the study of mold itself) at the University of Manchester says mold is a hostile fungus in a human host and can stop organs from working properly, making it potentially lethal.

Alright, so the professor has studied this icky stuff his entire life; we’ll give him the benefit of the doubt here. I think we’re all ready to move on to the case of Brittany Murphy now that we have a clear understanding of the dire health risks that mold can pose.

On December 20, 2009, paramedics respond to the West Hollywood home of Brittany Murphy. She is then rushed to Cedars-Sinai Medical Center where she is pronounced dead after suffering cardiac arrest.

What seems to be more than a coincidence is that Simon Monjack, Murphy’s husband, died five months later. Both deaths have been linked to respiratory problems.

Sharon Murphy (Brittany’s mom) then became convinced that mold was indeed the cause of her daughter and son-in-law’s death when she reportedly tried to sell the house during summer 2011.

Neither death has been directly linked to mold, but if both Murphy and Monjack were taking over-the-counter medication, they may have been more susceptible to mold poisoning.

Here’s how a few others feel about this case:

“[If] the spores were in their bedroom, it is very possible no one else living there would be affected. It almost killed me too. In fact it was Brittany Murphy’s death and her husband’s subsequent death that raised the alarm here in my house by my children. I am thousands of miles away from Hollywood in a modest house in Ireland. I am happy to be alive for sure. By the way I discovered the problem myself, not the Medics. They diagnosed me with asthma. Totally medication free now. Happy days. Rest in Peace Brittany and her Husband. So tragic and so sad. It is my belief Medics would never find this problem, sadly for this couple.” – Plainlyspoken

“Well actually I truly believe this to have been the case that they both died from mould spores. I almost died too from the very same thing. It was a miracle I survived to tell the tale. I moved out of my bedroom and made a miraculous recovery. It was only after I moved and recovered that I found mould on lots of my clothes. I had lost my sense of smell so never knew I was wearing mouldy clothes. At my worst state of health paramedics were more worried about me getting a heart attack than they were about my breathing difficulties.” – Titania Cat